The Parson and his soulmate

George William Pursley
I am a priest of the Episcopal Diocese of Southern Ohio. Over the past 35 or so years, I have served my Lord as an Army Chaplain, college professor, prison chaplain, and parish priest. My current posting is to St. John's Episcopal Church in Lancaster, Ohio, a beautiful neo-gothic structure constructed in the late 1840's and designed by Daniel Sifford, a prominent local architect. I love all things good and true and beautiful. Agrarian values and practices provide opportunities for me to develop and express my faith as a traditional Anglican. Angling and Shooting are among my diversions, and dogs and horses are among my friends. Gardening and chicken farming keep me humble and teach me to trust God everyday for sustinance. The Lord has blessed me with a wonderful family which is committed to serving Him and this Republic in which we are blessed to live. I pray that these ramblings I occasionally post might help some fellow pilgrim along the way to heaven.

A Day at Dayspring Farm

The Canters at Home

Our Daughter and her Soldier

Handsome in their Summer Clips 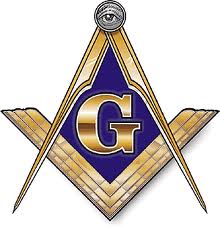 With the passing of summer each year, the masonic fraternity comes back to life after having "gone dark" for the hot months of  July and August.  I don't know why the lodges go dark in the summer, but they always have everywhere I have been active.  Perhaps it has to do with the oppressive heat in the second floor meeting rooms which tend to predominate in midwestern American Craft Masonry.  And I'm not sure where the term "going dark" comes from.  I've heard theories, but like so many things in masonry, they are just that- theories to be tossed about without enough evidence to make much of a definitive statement.

Tonight, I met with my brothers of the Allied Masonic Degrees, a research society dedicated to the preservation of a handful of degrees no longer in general use in the English speaking world.  It was a convivial evening, conducted in the drawing room of our local Lodge.  One of our borthers brought greetings from our brothers in Brazil, where he had recently traveled to address the members of the Order of DeMolay, a Masonic youth group based on the storied heroism of Jaques DeMolay, the last grand master of the Poor Knights of Christ and of the Temple of Solomon, the famed Templars.  It was fascinating to hear his narrative of Brazil and her Masons, and the discussion turned rather effortlessly to the fraternity in Mexico, where our brother spent a significant portion of his early life.  I learned much, and to be with friends in such a setting of brotherhood was comforting and uplifting.

Even in this election year, and during the national convention of one of our leading political parties, the brothers observed that longstanding masonic admonition to refrain from arguing about politics and religion at lodge.  The discussions continued for a good hour after the meeting adjourned, and the talk was of plans for benevolence, fellowship, and ritual performance in the various lodges, chapters, and commanderies represented for the ensuing year.  Laughter and good will flowed freely, as they so often do in our fraternity.

Over the past 27 years, I have fellowshipped with my Masonic Brothers on three continents and all across this great land.  The men with whom I have laughed and learned and served have represented all of the world's great religions, vastly differing political opinions, every social class, and every income and educational level.  We  have come from many nations and represent every color and race.  But by committing ourselves to respect each other and by working together to achieve those goals which are common to all good men, we have been able to maintain friendship in spite of our differences, without demanding that anyone give up his core beliefs to work alongside of us.  (That is unless those core beliefs include intolerance, tyranny, or lack of respect.)  We are committed to stressing that which is common, good, and true; and to respectfully permitting differences of opinion in religion, culture, and politics.

It is not such a bad way to live with one's neighbors, and I am thankful that having passed the darkness of the summer recess, we are together again.